The 2017 New York Biathlon Championships concluded the winter biathlon season. The Syracuse Biathlon Club took over hosting duties a week before the event since there wasn’t any snow at Saratoga. About a dozen harty soles braved the artic conditions at Osceola, with single digit temperatures and 20+ mph wind gusts on Saturday for the Sprint race. Eric Seyse and Stina Bridgeman took the overall titles.

Sunday featured a small crowd, as the temperatures were even colder and the wind was still blowing almost as fast. Tom Moffett and Stina Bridgeman won Individual Relay titles.

Sunday marked the conclusion of the inaugeral NY Biathlon Race Series. To be eligible for race series titles, athletes needed to compete at a minimum of three NY venues and at the NY Biathlon Championship Sprint Race. Winners in each class will be receiving a New York Biathlon Headband. The headbands will be mailed in April. 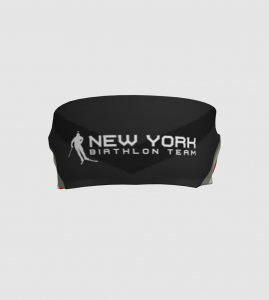 Brian McDonald Shooting Awards have also been awarded. To be eligible an athlete needed to complete at least three races including the sprint race at the NY Biathlon Championships. Gold awards are for shooting 80% or better, silver for 70-79%, and bronze (60-69%).