The sprint leg of the NYSSRA tourNADO has come to a conclusion. The course was shortened to 2 laps on the lower course. Plenty of speedy racers from hurt and NYSEF put up some fast times.

In case you missed it quite a crowd of approximately 80 racers assembled below the jumping hill and took to the course in pairs. 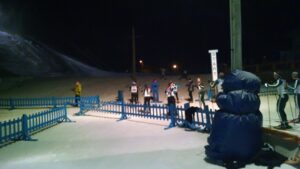 The house was firm and fast. Masters racers Chris Beatie and Darwin Roosa dueled it out on the big hill. 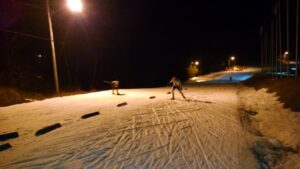 Tomorrow afternoon it will be a tough 10km of climbing on the whole 2.5km loop. Good job racers! Rest up and see you on course.

As you can see from the results page above there was a lot going on at the jumps course. Biathlon and adaptive kicked off the morning, jumping and combined followed, then xc, a college race, combined and the sprints!

Alyssa Daussman and Alex Benway topped the podium today in the distance race before competing in the sprints.

Wherever you were someone was skiing super fast nearby. 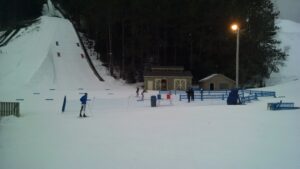 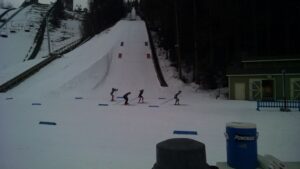 Sprint heats were fierce. In the end Izzo and Putman came out on top! 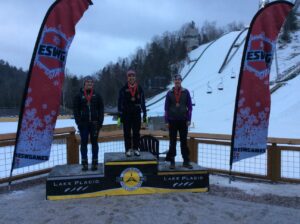 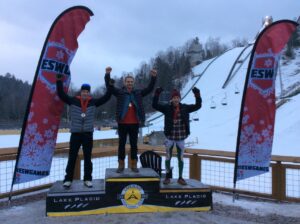 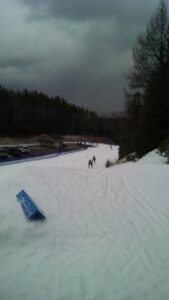 The parking lot hill got a bit soft and sofened up racers legs on their way o the top. 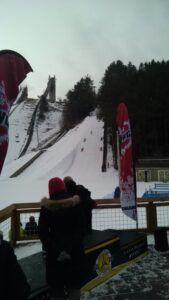 That never gets old.

The last day of the NYSSRA Nordic ESWG tourNADO has come to a close.

Snow was hard and fast. I don’t know how the trail crew did it but the trackheld up  for 2-3 laps by 80 ESWG racers and over a hundred college racers.

Morgan, Beyerbach, Izzo, and Benway turned in the fastest times in their respective distances.

A link will be added here so all competitors can compare results with college racers and vice versa.

Competition was very tight. The 15 second intervals led to plenty of drafting.

Great kick got racers to to the top but it took fast glide win the race back down.

In the U18/ SR/masters men division, 10 seconds separated 4 places!

Daussman and Benway had the lowest combined times for the weekend (not adding in the 200m freestyle).

Izzo, Cromie, Putman, and Huneck gave the top pair tough competition, knocking them down the podium in at least one race each. 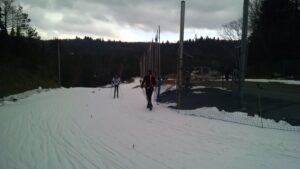 Master skier Eric Hamilton charged up the main hill after competing in both xc and biathlon this games (he would have orienteered too if the events were held).

Some racers are too fast to photograph while racing. Cool down photos come out less blurry 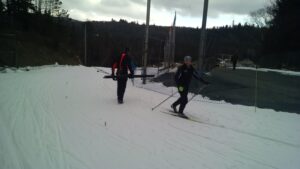 A big congratulations to all the racers who made tracks on this world class course, and another for the trail crew and race organizers who made it  possible!

Don’t forget to compare times with the college racers (results will be up here mid week).

Good luck to all the fast nyssra racers participating in sectionals.

With snow in short supply we will bring you updated about remaining season races. Glenville and Dewey do not have enough snow yet, the wildcats have snow, the tourathon may be a nyssra race, and perhaps the loppet can make its inaugural run @ the jumps.

Let it snow, and be at the next nyssra race